The most classic of all bitters is the aromatic bitter and it is also the most famous and the most used. It can be traced back to the very beginning of bartending and it will never stop to amaze.

Many rich tastes are mixed to get the aromatic bitter to become just that – aromatic. The mixture works with almost any cocktail. Depending on temperature, water and ingredients is in the cocktail it enhances different things in the cocktail and adds an extra almost undefinable extra layer.

It brings a deep sense of spice to the nose if you put a drop in the glass at the end of making a cocktail. It can enhance so many aspects of a cocktail if used right. It takes 5 min to fall in love with using aromatic bitters, but a lifetime to find the full extent of its use.

Claus Seiers thoughts on the Aromatic Bitter:
“It was the one that brought me the most fear, when contemplating the whole project – as a great aromatic bitter is an important very defining product in the line-up. In the end it became one of the most fun things to build and I think one of out most versatile bitters in the line up. Basically I let go of all the rules with this one – the only thing I kept in mind is how I could sense it working in a cocktail. So while it is still an aromatic bitter it is a different take on it, but it seems more intricate and it has a lightness to it at the same time.” 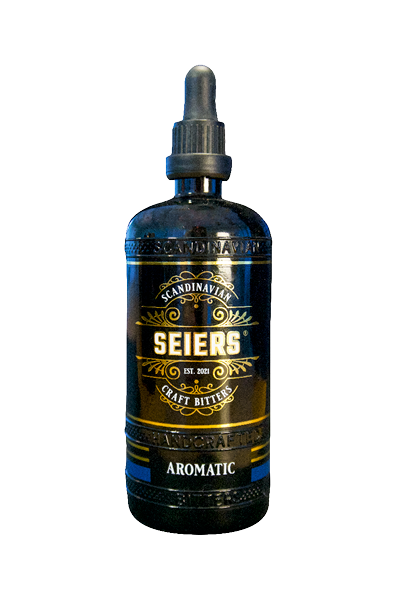