Rosemary Bitter is a fantastic ingredient. It stands out in any cocktail and dosed heavy or lightly and it brings a lot to the nose of the cocktail but also a lot of taste. There are similarity’s to using rosemary in cooking – but at the same time it can actually be used much more versitally than you might think.

Rosemary has a very distinct taste and smell – and when we started doing a recipe for the bitter we found that it goes really well with earth notes. It is actually in the very deep end of the bitter scale. But also with a lot of green spices that gives it many notes to play with in different cocktails.

It goes well with very few drops in a gin & tonic especially if you garnish with rosemary as well. But it can do so much more if you add it to alcohol heavy cocktails it can really bring a whole new layer to a cocktail.

Claus Seiers thoughts on the Rosemary Bitter:
“I love cooking with rosemary! I love using rosemary as a cocktail ingredient – smashing it, as a garnish or burning it. I am a rosemary fanatic. When building the bitter I quickly found that it needs some dark spices and roots to bring the best of the notes. The recipe was quite quickly put together and when ever I tried to fine tune it I ended up with it not being better than my original attempt – so I just left it alone and played with it in cocktails.” 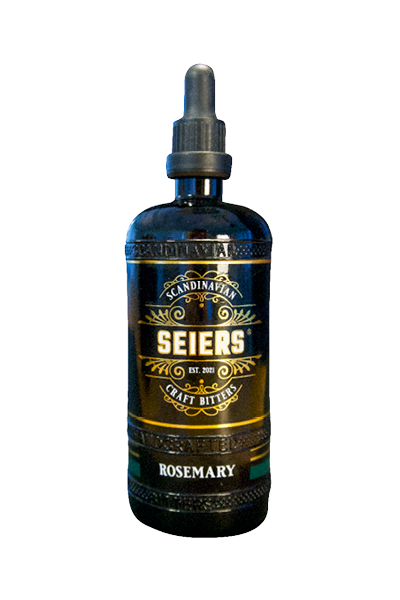